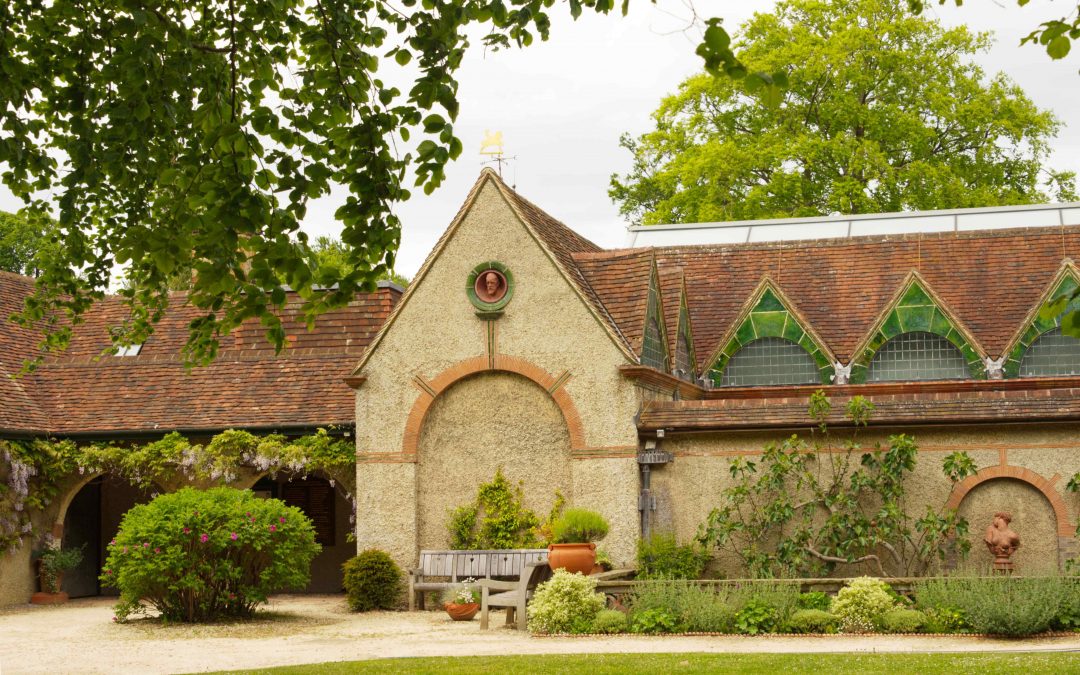 More and more venues are starting to cater for our wish to combine our love for the outdoors with our wedding. Some are all out there, others are traditional with an outdoor ceremony space. Some do have a licensed wedding structure outside, some don’t.

The options are as varied as people’s taste. To make it easier to find the right one for you, I have listed my favourite five outdoor wedding venues in Surrey, something for each taste from festival to chateau and kissing-the-rabbits-goodnight to luxury.

To safe you having to inconvenience google, links to all venues are in the below text, marked in green.

1. WEDDING IN A FIELD IN SURREY: SPIRIT LAKE IN DORKING

Having your wedding reception in a field, is just the ultimate outdoor experience and this type of wedding reception is becoming more and more popular as couples prioritise relaxed fun over tradition. The only  downside I can think of is that you can’t get legally married in a field in England. But if you don’t want to travel around on the day, you could always have a celebrant to conduct a blessing and do the legal wedding bit another day at the registry office.

To get your nature wedding, you can, of course, just rent a field from a farmer and roll with it, but it will be a lot of work. If you want the feel, but none of the stress, someone like Fiesta Fields might be right for you. They have organised this type of wedding for several years now and know what goes where, how to prepare the field and what to do if something doesn’t go to plan, like the weather.

My favourite totally outdoor venues on Fiesta Fields’ portfolio is Spirit Lake.  Stating the obvious, but getting excited here: it’s got a Lake! Not a posh swans-and-landscaped-borders sort of lake, but a sit-kick-back-and-watch-the-ducks sort of lake. Oh yes, there is a meadow next to it, a huge meadow all around it actually, where your marquee or tents can go.

2. WEDDING FOR TOLKIEN FANS IN SURREY: the Hidden Valley in Godalming

For a Lord of the Rings or Hobbit fan, getting married in the “Hidden Valley” might be just the ticket. I have to manage your expectations though, it is not the original Valley of Imladis in Middle Earth. It is in fact a blank canvas near Guildford. And it is beautiful and as the name suggests: secluded.

Something like the Hidden Valley is perfect to do a wedding that is all you, whether this is barn dance, relaxing in nature or your very own festival.

The Hidden Valley is run by the same people as the Spirit Lake, Fiesta Fields and as I mentioned above the main advantage of renting a field form someone specialising in events rather than just a field from a farmer is that they will prepare the field for you and know what needs doing, whatever happens.

Does getting married at an art gallery sound stuffy? Yeah, does! I promise, this one isn’t. Do you like the arts and crafts? As in the movement, not as in origami and knitting. I am a big fan. And I am very local to this amazing arts and crafts museum called the Watts Gallery and Artists Village, which means I am a regular here, not only for weddings.

The Wattses, that’s G.F and Mary Watts, one dubbed England’s Michelangelo, the other an influential designer and potter, built themselves a country house near Guildford. They also purpose built an art gallery and workshops to allow them to work while “in the country”. Everything was built in the most intricate arts and crafts style. Remember, Mary was a designer.

It is all very sleeping beauty from here: after their deaths, buildings were sold off, and the gallery fell victim first to the modernisers, then got forgotten. In the late 2000s a prince in shining armour rode past and stopped. He fought his way through the brambles and with help of lottery funding, awakened the sleeping beauty, gave her a wash and haircut, and opened the doors to the public in 2011. (Disclaimer: it might not have happened exactly like this.) 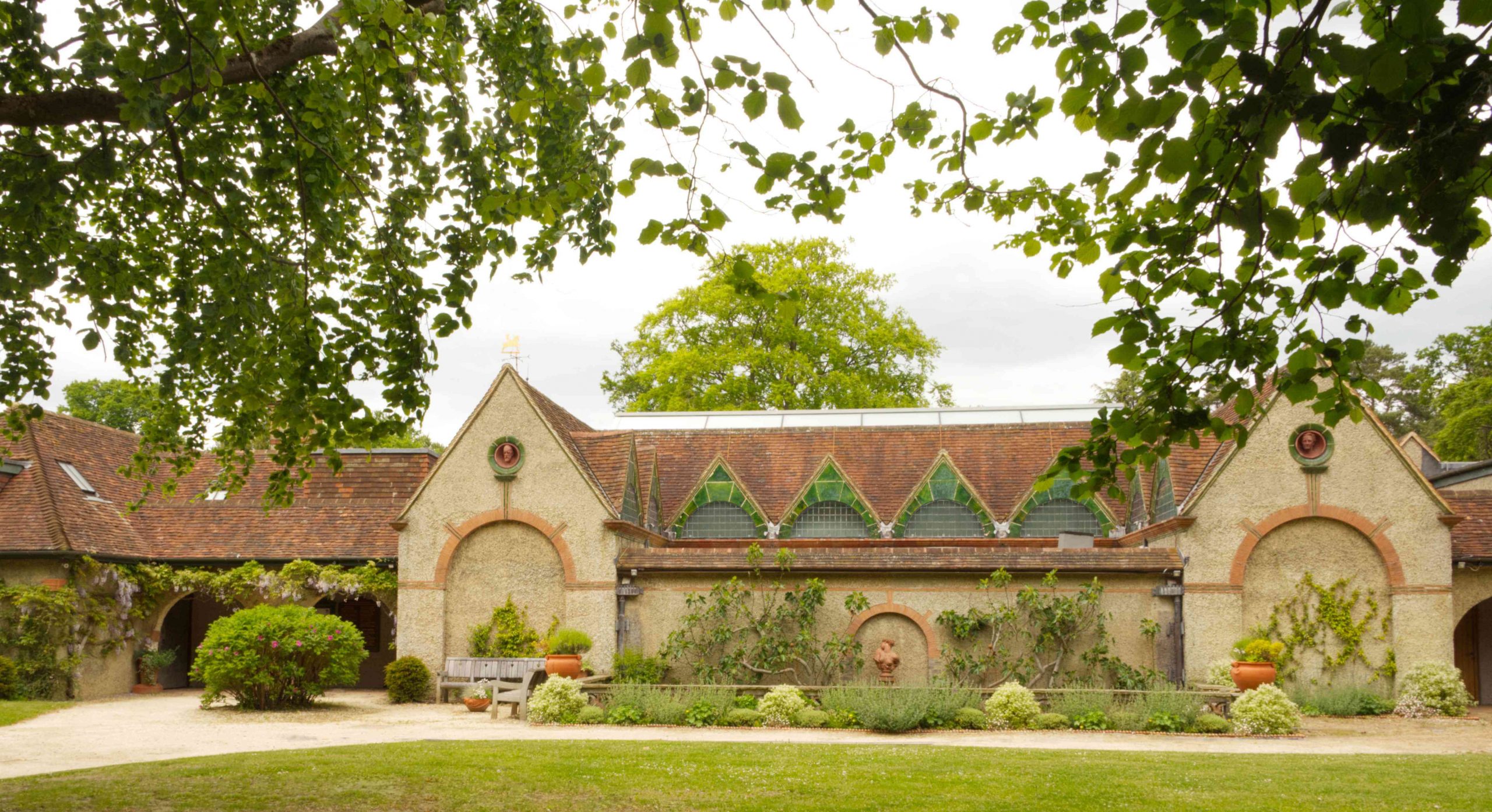 This could be the backdrop of your outdoors wedding reception: Watts Gallery in Compton near Guildford

The gallery, though filled with great art, is in itself a sight. It is now also licensed to hold weddings. And while your ceremony it is not outdoors, the design of the gallery building means that it is flooded with the most beautiful natural light. After your ceremony you can have your reception on the gallery lawn, which is surrounded by woodland. You also have access to the Watts Gallery’s grounds and woodlands to take your photos, or just to steal away from your guests for a private moment.

The only thing I regret is that you can’t get married in the Chapel that Mary Watts built together with local potters and crafts people, who she had trained herself. But then, it is in a graveyard, which would probably send any superstitious relatives into panic mode. Nevertheless, you should totally visit it and have a few photos taken if you can.

If the ceremony is the most important part for you to have outdoors, then you will find a number of venues that are licenced to hold weddings in their garden structures. To just pick one, I settled on Wotton House in Dorking.

If you like outdoors, but like it landscaped and very Chateau-in-small, then this venue is a total gem. You can get married in their perfectly manicured Italian Garden, have your drinks reception on the terrace and only move indoors for your wedding breakfast.

And should the worst happen, that can happen at an outdoor wedding, which of course is bad weather, their gothic chapel is sooo beautiful, you might change your mind about getting married outside once you see it.

OK, Merton is not strictly in Surrey, or at least not anymore. Not since it became a borough of London in 1965. Anyways, bean-counting aside, since 2018 Merton Registry Office has their very own outside wedding space. And it is beautiful!

From May to September you can get married in their wooden Gazebo. If it rains (too much) your wedding gets moved inside the registry office. Which is also beautiful, because it is based in a grade  II  listed  Georgian  manor  house, the Morden Park House. It all sounds quite posh, but it is a registry office, so you will pay only the registry office fee for your outdoors wedding ceremony, rather than the ceremony space rental a manor house hotel would charge on top of the registrar’s fee.

There is more good news from this venue! For those of you who have dismissed wedding ceremonies at the registry office because you want everything in one place, here is your curveball: You can hold your reception in a marquee at Morden Park House, too.

If you find yourself suddenly interested in a registry office wedding, here’s the brochure.

I hope my selection has, if not found your venue, then at least helped you get clear about your favourite type of venue. If you want to talk more about any of the venues above or similar ones and how I would organise the wedding photography at them, give me a shout or drop me a line. Speak soon!